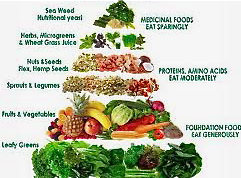 Studies show people who eat strictly, or even mostly raw food vegetarian diets have significantly lower body mass indexes. This means less body fat, but also less lean mass, as well as lower bone density. Eating a raw diet may seem to be a great solution if you struggle with fat loss, but there are some serious negative health effects. Evidence shows raw diets lead to poor fertility in both women and men, and that half of women who eat raw diets have impaired ovulation. The reason is likely a combination of low energy intake, and the lack of healthy fats from which sex hormones are produced.

Researchers suggest that raw diets are undesirable from a survival perspective.

Cooking makes survival and reproduction much easier, and has significantly contributed to human evolution. At times in history when energy was scarce, cooking increased the calories available from gathered food. It also makes meat much more attractive and palatable because it becomes more easily digested, safer, and tastes better as well.

It is important to understand that in the modern, energy dense society we live in, eating cooked food is okay, but optimal health can be achieved by including raw foods in the diet. If you’re trying to lose fat, substituting more raw fruits and vegetables for cooked ones, while eliminating processed foods and cooked grains is a beneficial plan. Be sure to get adequate healthy fats such as the omega-3′s from fish and wild meats, and monounsaturated fats from foods like olive oil and avocados for optimal reproductive health.

One thought on “Include Raw And Cooked Foods For Optimal Health”